by Muhammad Farooq
in Life Style
0 0
0

As an actor, athlete, entrepreneur, father, fighter and Muslim, Tam Khan has experienced many profound moments in his life, but none like what happened on Thursday.

Khan was celebrating his wife’s birthday with his family at a popular Dubai restaurant when he got the surprise of his life, as His Highness Sheikh Mohammed bin Rashid Al Maktoum, Vice President and Prime Minister of the UAE and Ruler of Dubai, casually walked in with some guests and sat at the next table.

Things began to happen fast as people in the restaurant whipped out their phones and began taking pictures.

Before he knew it, a member of Sheikh Mohammed’s protocol team tapped him on the shoulder, as restaurant staff began to treat his family with the choicest food in the restaurant.

Take a look at the hearty meal that the ruler sent over.

Khan was blown away by what he described as a ‘surreal experience’, as he told Khaleej Times later in the day.

“I was just taken aback for a leader like himself to treat someone like me — who is a nobody — with such a heartfelt gesture, was amazing.”

“That was a display of Islam: a person giving and doing good for the people. This is why he is truly loved because he supports people, expats, local restaurants, local businesses. He wants everyone to feel safe and as one,” he added. 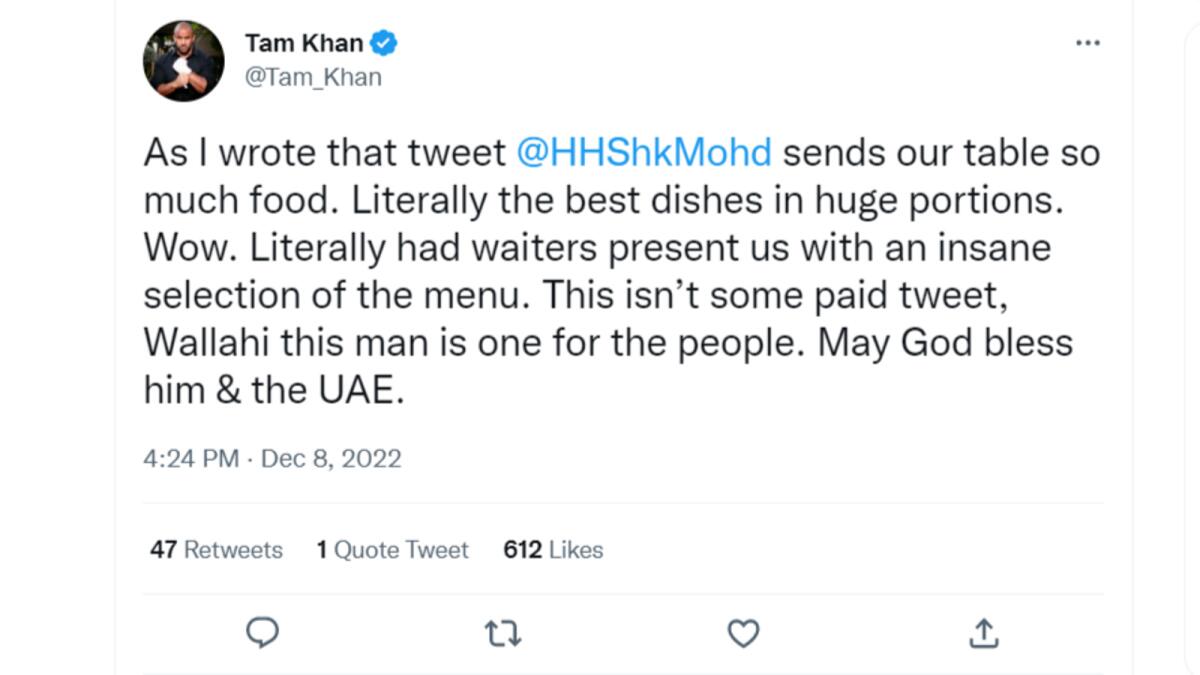 “I was truly humbled. This is why Dubai is the greatest city and this is why I live here and want to raise my kids here, Inshallah. It was one of the greatest moments of my life,” he concluded.

“God bless the UAE, and its leaders.”

'Marnus bettered: only by Bradman' in another Test